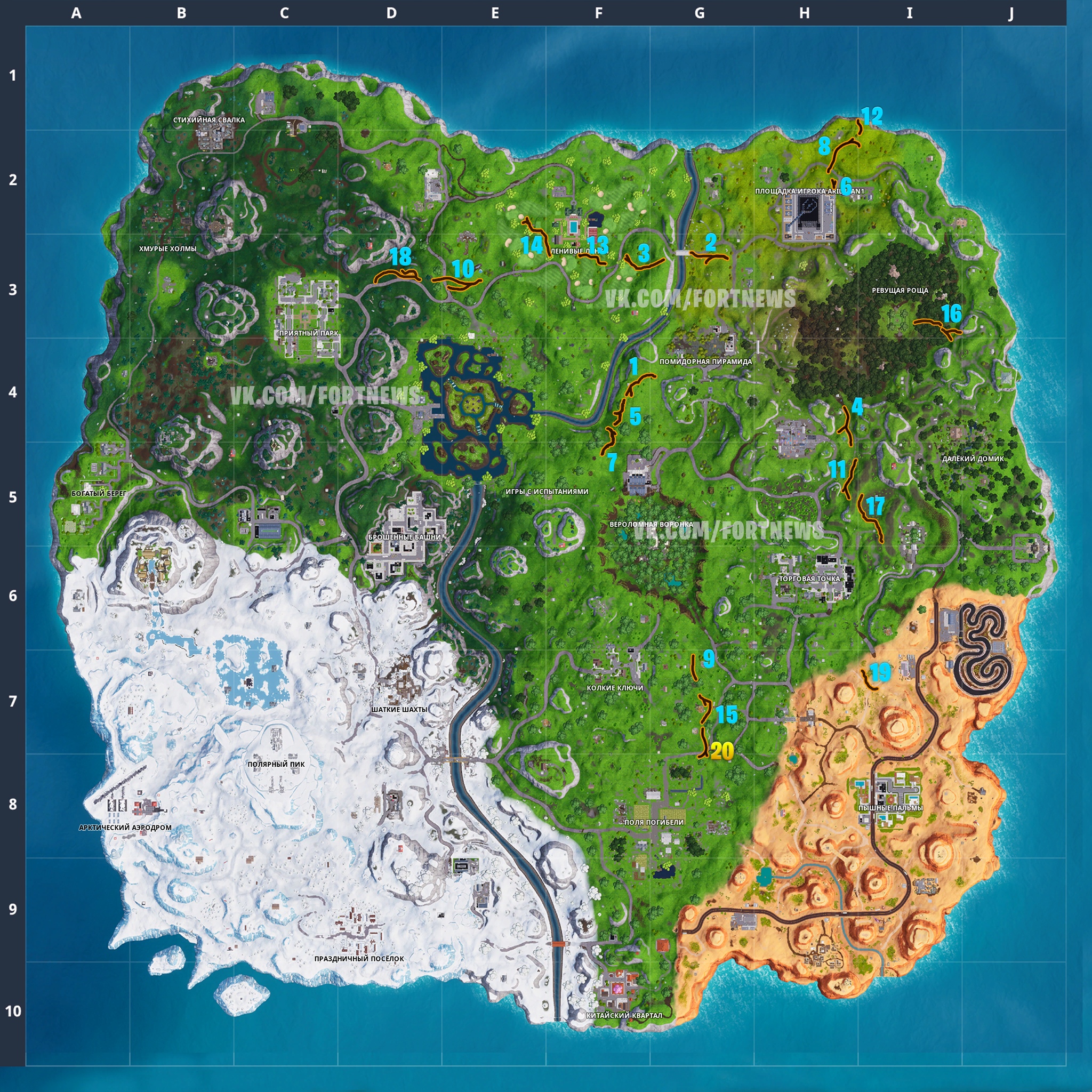 A new crack has appeared near container yard #Fortnite pic.twitter.com/sjM1TcyBoE

Epic Games is building up to Season 8 in Fortnite as we speak.

According to a recent leak, Season 8 will be teased in Fortnite by earthquakes and tornadoes occurring around the map.

While we haven’t seen any tornadoes just yet we have felt some earthquakes, some of which has already had an impact on the map.

We reported on a crack forming near Tomato Temple but it turns out that was just the beginning.

Another crack formed shortly after that and we’re likely to see more appearing as Season 8 draws closer.

A Reddit user by the name of WhoWantSomeHugs created a map showcasing where cracks have appeared on the map so far.

The user has promised to keep the map updated as more maps appear, which seems like it could happen very soon.

Since the leak suggested there would be tornadoes but we still haven’t seen any indication of those yet.

As with practically every season, Epic Games is even hinting at the destruction of Tilted Towers.

It has pretty much become a running joke that Tilted Towers will be destroyed but we have some speculation that could be the case with Season 8.